words are foreplay for the soul

No Widgets found in the Sidebar Alt!

No Widgets found in the Sidebar Alt! 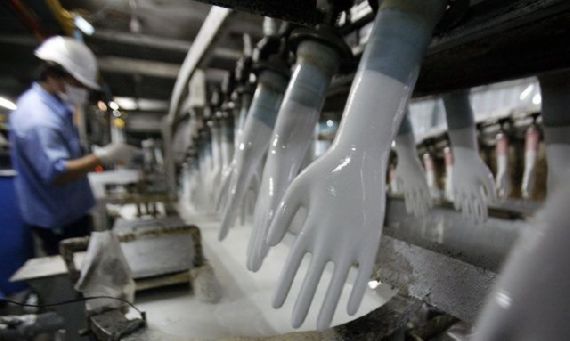 I should have known my new job was going to get me in trouble, but the pay was really good and I really thought I could make it through the six month probationary period to get health benefits, because we all know that anyone is way more marriageable once they have the bennies, and I already have the PERFECT to-die-for wedding dress picked out even thought I’m not actually, you know, dating anyone.

So anyway, every morning I’d get my usual skinny vanilla venti soy latte and sit at the bus stop trying not to pick at my fingernails. I’m trying to grow them out, honest, and even though my therapist says it’s notÂ exactlyÂ  OCD, I can Google like anyone else, thank you. I really thought that the gloves were going to help me with that, covering up the bleeding red sides of my fingers where I chew the skin off. I had no idea that newly made rubber gloves (oh â€” maybe you didn’t know this? But rubber gloves aren’t even rubber? They’re made of latex, same thing as condoms. Who knew?) actually sting when you put them on, all hot and melty from the balloon things that they dry on.

So last Saturday when I get to the factory, there’s a big sign on the breakroom. Something about overtime opportunities. I am all over that. You have to sign up, and there was this release form we had to sign. I wondered about that but every week there’s some stupid form to fill out for HR so I didn’t think anything of it. Come back tonight when the regular shift is over, they said, and we’ll fix you right up. They even promised dinner, though I was pretty sure they’d leave some Cokes and a bag of pretzels in the break room and call that dinner. I didn’t care. Overtime is overtime.

It’s real quiet there when the machines stop, you know? I had no idea I was the only one signing up for overtime. They said just do your regular job, but I had no idea how to do that since nothing was moving. It was so quiet. I went to the break room and cracked open a Coke. Yep, pretzels, a big bag of Herr’s. I left it there unopened and just got some Little Debbie Nutty Bars from the machine. They go better with Coke. Pretzels make my mouth dry.

So I’m there in the break room â€” you have to stay until next morning, they said â€” drinking Coke and wondering what to do. So quiet. I decided to go look in the manager’s offices. You know, a little snooping. Looking at the pictures of the wives on the desks, and the girlfriends’ pictures stashed IN the desks. That sort of thing.

I wasn’t prepared to see what I saw.

I’ll bet you didn’t know that rubber gloves are not only not rubber, but they’re really the skin off real hands? And they have to get the hands from somewhere?

Now I know where they come from.

The good news is, I have a job for life now. With benefits.

This is part of a 30-day foray into the art of ekphrasis, or writing from art. What you read today was 10 minutes of unedited writing from the hand factory image you see. Each day I will choose a new image and write for 10 minutes using the image as a starting place. I call the category Phantasm, which according to my dictionary isÂ aÂ figmentÂ ofÂ theÂ imagination; an illusion orÂ apparition,Â or archaic,Â an illusory likeness of something.Â

Talk to me! Cancel reply

This site uses Akismet to reduce spam. Learn how your comment data is processed.

Defender of unicorns and magic, the real kind that changes lives.

I have seen the other side of the veil.

My work is here: Oracle of Destiny